I was at the airport tired and waiting for my next flight to Indore. My flight from Boston flew at 10 pm Friday and landed at 1 am on Sunday. I couldn’t sleep properly on the flight so was very tired and sleepy. I got my passport stamped, picked my bags and checked in my luggage for the next flight to Indore which was at 7 am. Yes, there was a 6 hours layover to reach Indore after coming to India but let's leave that aside. 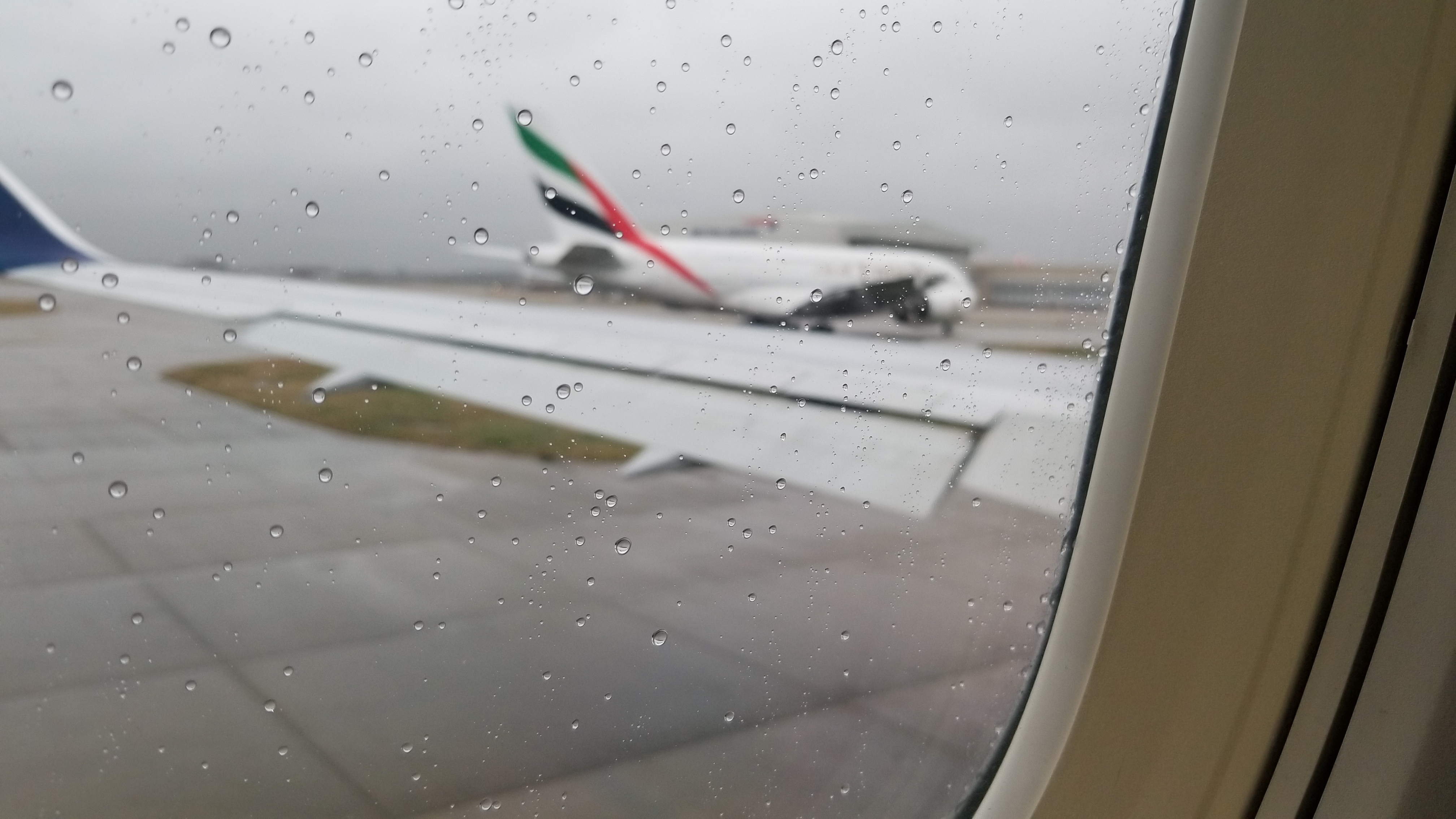 After reaching near the gate where I had to board the flight to Indore, I sat and tried to sleep on my shoulder bag which was on my lap. The time passed by changing positions from shoulder bag to resting head on the back of the chair. It was around 4:30 am and suddenly this guy started shouting for the SpiceJet flight to Jaipur. He was saying ’SpiceJet flight to Jaipur. SpiceJet flight to Jaipur’. It reminded of a local bus station shouting for passengers or where the bus is leaving towards. Many people around me were talking about the same thing and laughing at it. I was just looking at the guy half awake and half sleepy. It was soo early, had a long flight before, was tired and too sleepy and this guy shouting like anything. I guess at the airport people are well aware of the gate numbers and their flight so they come on time also.

After 30 minutes when the gates closed, then he finally stopped shouting. Can you imagine he was literally shouting in the interval of some seconds for 30 minutes and the same thing? By then all my sleep was gone and I was fully awake. My legs taking the support of the carry on bag and I am still looking at the same person. This time he was soo quiet. He began operating the gate computer. I was thinking, was he the same guy who was literally screaming and now so calm.

After some 10 minutes, a lady ran past me and her voice was as if she was about to cry. She was searching for the flight to Jaipur. I was like, shit the gates are closed and its been 10 minutes now.

As she approached the gate, the same guy was present still doing something on the computer. She started begging him that please open the door. I have to go to Jaipur. I cannot miss my flight. It is very very important. You have to do something. And repeating the same lines again and again. Everyone was looking there.

This guy was saying nothing. Not even a single word. He did not even look at this lady. Maybe he was ignoring or maybe he was checking something or finishing up his work after the gate was closed. After a minute or so, he asked the lady to calm down. He then immediately called someone and said that there is one lady at the gate who belongs to the same flight. As he was walking towards another gate, I couldn’t hear more. He was still talking on the phone possibly confirming can this person still board the flight and the flight will not be delayed (something like that).

Then he ran back to the gate, did something on the computer and took that lady back to the other gate. I guess he found out that the lady can still board the flight. I saw one SpiceJet bus was ready at the other gate to take her to the plane. I saw till she stepped on the bus and bus left. Now from this, I can infer that she did make it to the flight and also she didn’t come back as I was there till 6:30 am.

I felt like I was there. I took a deep breath and relaxed while sitting back. I started thinking about what just happened. It was not normal.

I have once missed my flight when we were going to Seattle, WA for a backpacking trip and it was important for us to reach on time as well. We were only two minutes late and the plane was also connected to the Passenger Boarding Bridge. The gate person could have allowed us as we could see the plane was still there and no bus arrangement has to be done. Also, it was domestic travel.

It was clearly the lady's mistake as she arrived late. There are soo many protocols that I don’t know which an airline has to follow before flying. That person could have simply said no. He could have told - Mam you arrived late and I can’t do anything without even calling. It was not his job. His job was ended when the gate was closed. He went above and beyond to just help that person which he didn’t even know.

This is pure empathy where people think of others and go beyond to just help them. That lady will never meet this person (maybe if she boards from Mumbai again the same flight), but still, he helped. He might get soo many cases like this daily, still he helped.

I was just taken back. I guess I was soo happy with what just happened. If everybody started thinking about others like this, this world will become soo pure and empathetic.

The world is going towards Machine Learning and Artificial intelligence. I question if the machines can do the same or would they even do it.?

The guy I was soo annoyed with half an hour ago made my day. I deeply thank him and respect him for helping the lady. All my sleep was gone and I was soo fresh. I did not think I would write about this so did not take any photo of that moment. But after soo many days, it's still there in me, hence sharing it.

Empathy is still there..!